Hit enter to search or ESC to close
Concert Review

The program included works by Rachmaninoff, Ravel and Turina.
By Scott Cantrell
November 10, 2021 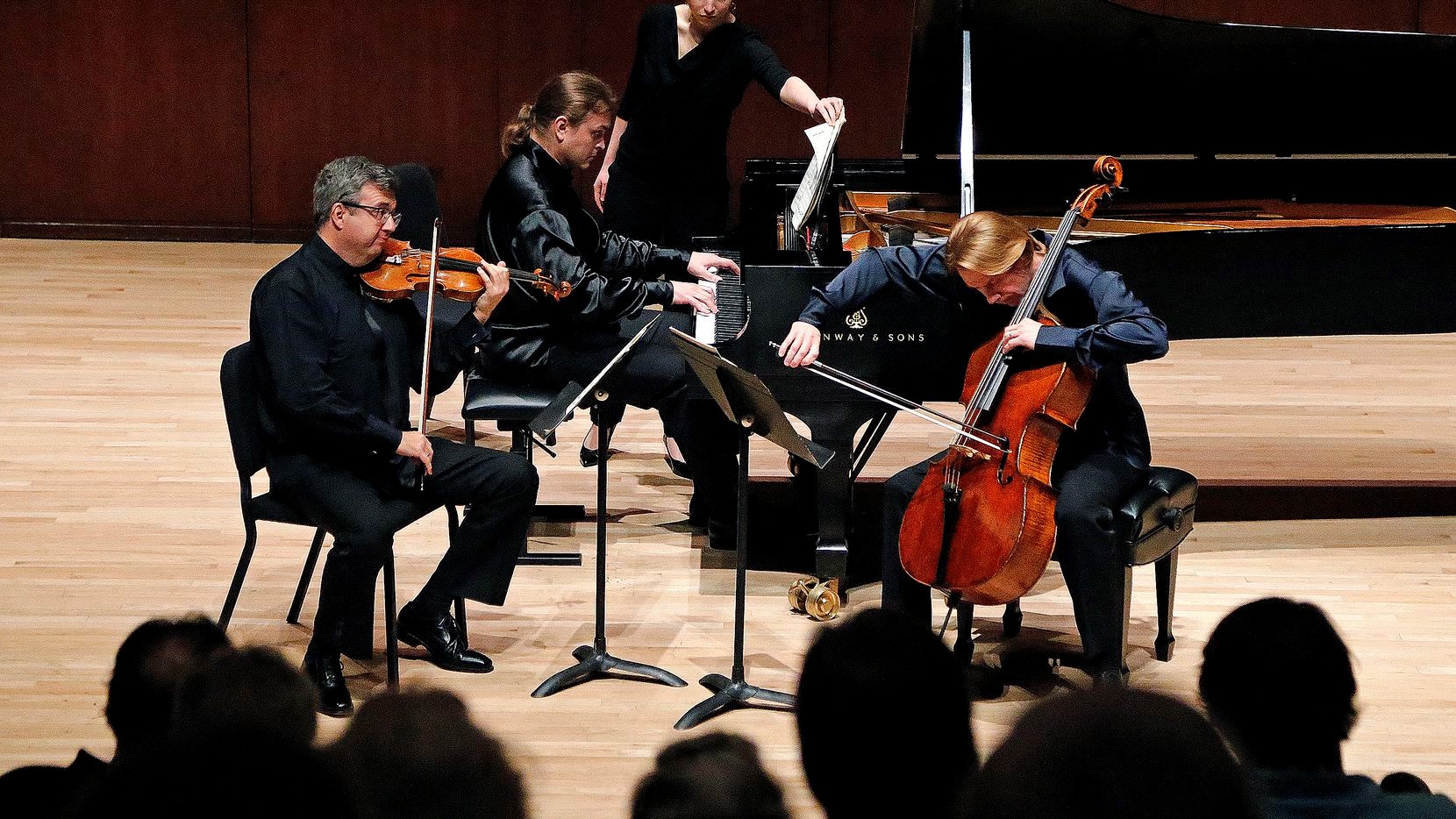 The musicians are indeed all Russian-born, trained both there and in the United States, of which they’re now citizens. The Russian heritage was evident in passionate but polished performances Monday night at Southern Methodist University’s Caruth Auditorium. If Keylin’s violin occasionally turned steely in upper registers, Antonov produced consistently gorgeous sounds from his cello.

Presented by the Dallas Chamber Music Society, each of the program’s three works was by a standard-bearer of national musical cultures. Penned at more or less 20-year intervals, they were performed in reverse chronological order.

Actually, there are only subtle hints of Spanish idioms in Joaquín Turina’s 1933 B minor Piano Trio (Op. 76). Ravel’s A minor Piano Trio (1914), which followed, showed how much the Spaniard learned from the Frenchman, whom he befriended during a decade living in Paris.

Unusually, Turina’s trio frames a fast middle movement with two slow ones. After a dreamy opening, though, the first movement becomes quite a bit more animated.  The middle movement is a scherzo, with strings’ muted buzzings spelled by a reflective episode. The performance was vivid and technically impeccable.

As a fellow concertgoer remarked at intermission, the Turina is a pleasant, well crafted work, but the Ravel is a masterpiece. The latter got a riveting performance, more warmly Russian than coolly French, with boldly sculpted dynamics and generous rhythmic flexibility. The piano’s opening seemed to bob and sway on water.

I’ll defend the best of Rachmaninoff’s symphonies, concertos and piano music as among the greatest compositions of the 20th century. But his D minor Piano Trio, the second of two titled Elegiac, is the work of a 20-year-old just out of conservatory, and it shows.

This elegy memorializes Tchaikovsky, who’d been a great supporter of the budding Rachmaninoff, but had died unexpectedly at age 53. There’s no missing the tragic import of the first movement, which works up heated emotion. The central variations do go on, although there’s a hint of pianistic marvels to be explored in the later Preludes and Études-tableaux.

More passion is whipped up in the finale, with massive piano chords that might better fit into an orchestral work. But the work closes quietly with just cello and piano, as if the mute violin represents the loss.

Again and again, the piece trots out a motif only to repeat it once, twice, even six times. Sometimes the repetitions inch upward or downward, but sometimes they just stay where they are. Some of the modulations are awkward. I can think of lots of piano trios I’d much rather hear.

The Hermitage musicians played the work as if it were great stuff, however, even the most intense passages never losing control. A standing ovation was rewarded with a snazzy performance of Brahms’ Hungarian Dance No. 5.